What’s the Difference Between a Road Bike and Triathlon Bike?

You are here: Home1 / Triathlon Training2 / What’s the Difference Between a Road Bike and Triathlon Bike?

What’s the Difference Between a Road Bike and Triathlon Bike?

Whether you’re interested in leveling-up from a beginner to a competitive age grouper or just getting into triathlon, the decision to upgrade from a road bike to a triathlon bike is a common dilemma.

In short, there are several pros and cons to both. As with all types of bikes, the choice between a road bike and triathlon bike depends on an athlete’s riding style, race goals, and overall biomechanic needs.

Is a Triathlon Bike More Comfortable Than a Road Bike?

As a consensus among triathlon coaches and athletes, most beginner cyclists and triathlon newbies are best suited on a road bike. Road bikes provide more comfortable handling, balance, and fitting capabilities compared to triathlon bikes. With minor position adjustments and aero bars, you can turn any road bike into an aerodynamic race machine.

However, there’s also a lot to be said about triathlon bikes for athletes who obsess about performance and results, especially on the 70.3 and Ironman. The time invested on the bike leg often exceeds 50-60% of most athletes’ race. Professional and competitive athletes continually strive to gain any competitive edge they can with triathlon bike technology, and even a modest $2.5K investment in an entry-level triathlon bike is worth the cost. 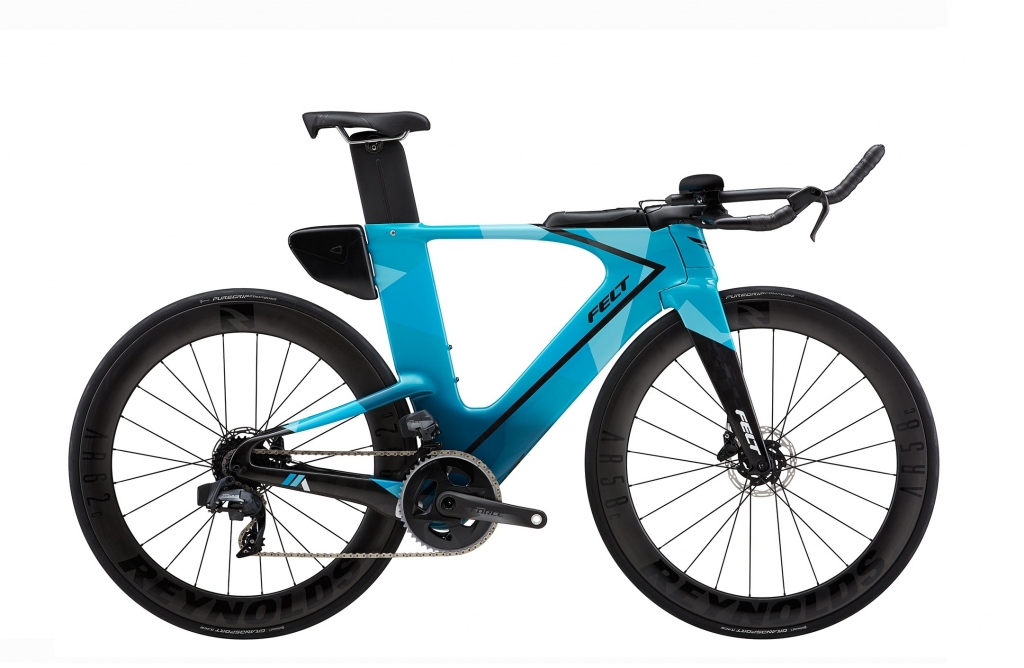 At the end of the day, triathlon bikes (often synonymous with “time trial bikes”) are designed to be as aerodynamic as possible, thereby minimizing drag and enabling athletes to go as fast as possible. As soon as you travel over ten mph (or approximately 15 kph), the most significant force an athlete has is drag. Unlike pack riding that relies on drafting and peloton slipstreams, time trials are widely considered to be the purest form of bike racing.

In essence, the time trial is a non-draft legal event where rider and machine alone are pitted against the clock. As this is the case with triathlon, athletes have always looked to maximize aerodynamics and output in order to go as fast as possible.

Triathlon Bikes vs Road Bikes: All About the STA

When compared to road bikes, the geometry of triathlon bikes is most different in regards to frame design and athlete positioning. Triathlon and time trial bikes are characterized by having a steeper seat tube angle, which puts riders in a more aggressive and aerodynamic position.

The seat tube angle (or “STA”) on triathlon bikes often exceeds 78 degrees, while on road bikes, it’s closer 72 degrees. In addition to a more aggressive STA, it’s also common for the saddle height on tri bikes to be positioned higher than that of road bikes. This position facilitates a more horizontal and aerodynamic position while also widening the athlete’s hip angle.

A biomechanical advantage to a widened hip angle, as with most triathlon bikes, is that it creates efficiencies that help to improve run performance off the bike. Research has shown that a steeper STA can help optimize the use of biceps femoris, hips, and other cycling muscles to conserve and optimize the primary muscle groups that contribute to running performance.

This can be particularly beneficial for athletes who are training and racing long-course triathlon, such as Ironman distances. Average bike splits for Ironman age groupers can range between 5-7 hours (and 4-5 hours for professionals), which is a substantial amount of time on the bike. Any advantage that can be earned with less drag and greater cycling economy will pay dividends in Ironman events, which conclude with a full marathon run leg.

Can You Use a Road Bike As a Triathlon Bike?

Let’s be honest. For most athletes buying their first triathlon bike, the expense is not far from a full month’s income. As a general price range, entry-level triathlon bikes usually cost between $2,500-$4,000 new, while high-performance options can easily exceed $5,000 new.

Not only can you find more affordable options with road bikes, but there are typically a lot more options for used road bikes on the market. For most beginners, a sub $1,000 road bike is a great place to build strength, confidence, and speed. But for serious triathletes, investing in a triathlon bike can be a worthwhile long-term purchase, especially for Ironman and long-course athletes.

Do Under Desk Bikes Work? 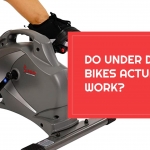